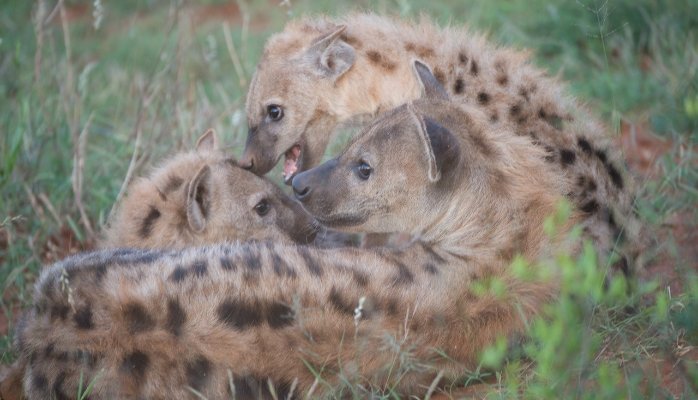 It is all in our Relationships

Early one morning whilst out on a photo safari, we were lucky enough to stumble upon a family of Spotted Hyena playing in the early morning sun. There were a number of males and females as well as a few young in the pack. They were chasing each other, biting playfully, baring teeth and generally having a good time. Watching them they seemed to be happy. The family unit was working well together. Each individual seemed to have their role and their relationship with regard to one another appeared clearly defined and understood.

The Spotted Hyena is native to sub-Saharan Africa and is a highly sociable animal. According to BBC Earth they deserve a lot more respect and much less contempt. More often than not, they hunt down their prey rather than scavenge. They are highly intelligent carnivores with some of the largest group sizes and complex social setups of any Carnivora. The society is matriarchal and the social system at times is highly competitive. The spotted hyena is regarded as a highly successful animal and its success is due in part to its adaptability and opportunism.

Relationships in business are a key component for every successful enterprise. Relationships built in the absence of mutual respect and trust will become toxic resulting in a total lack of effective functioning. We all know how bad it is when personal or business relationships have no trust and as a result no respect either.

I think the cornerstones of healthy relationships are: