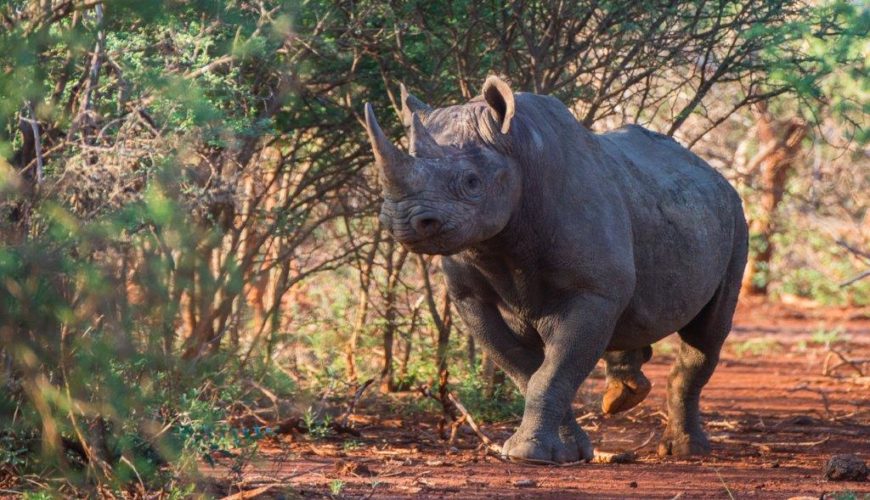 Cultivating Leadership for a disruptive and unpredictable environment is not only required, but it is also essential for survival. Leaders should respond to this environment by not perceiving disruption as having a negative impact. It is an opportunity waiting to be embraced. In the 2017 KPMG Global CEO outlook, Gary Wingrove the CEO of KPMG Australia said that: “This year, we see the CEO looking to be the disruptor, not the disrupted, harnessing uncertainty by challenging their own role to better lead their business to success. CEOs are focusing on core strengths, but at the same time innovation and disruption remain key priorities for the future”.

“DOOMED” – that was the front-page headline of the UK newspaper, The Daily Mirror, as far back as 1961, accompanied by a full-page photo of two African Rhinos. The article said that rhinos were doomed to disappear from the face of the earth due to man’s folly, greed and neglect and encouraged readers to join a new conservation organization, the WWF. Recent successes in this regard are heartening but so much work is still required just to maintain current populations and to fight against the ever present threat of poaching.  The Black Rhino is probably one of the most endangered of the rhino species. There are not much more than 5000 Black Rhinos left in the wild. They are now classified as critically endangered – facing an extremely high risk of extinction in the wild.

The Black Rhino is generally shy, often hiding in thick bush, which makes getting a good photo of them extremely challenging. I was extremely fortunate to be able to take this photo while out on a game drive, in a reserve in Southern Africa.

Sadly, poaching has become a scourge in Africa, and in particular Southern Africa, potentially wiping out decades of conservation gains made for Black Rhinos. On the black market, a pound of rhino horn could fetch as much as $30 000, an irresistible sum for poachers. Conservation interest groups are not taking this lightly and some extraordinarily creative and innovative anti-poaching methods and techniques are being developed in the fight against poaching.

Rhinos are being relocated and flown from one area to another. Anti-poaching dogs are being  used as trackers. Some rhinos are being dehorned in the hope of preserving the animal. Google Glass is used to track and document movements of local rhino populations. Drones are being deployed to keep watch over vast areas. Mobile and sky vets are used to get to injured rhinos and other wildlife quickly and to microchip and to track populations. The latest development comes from a company called Pembient. They are a Seattle based bioengineering firm using advances in genomic sequencing and DNA synthesis to make knock-off rhino horn in the lab. The idea is that the illegal market will be flooded with the fake horn, thus affecting its value.

Like the rhino, many organizations may also face “being endangered” at times. We know what happens to Companies that take their eye off the ball or refuse to see the obvious. Companies not willing to move with the times and technology, may find themselves facing serious threats. Technology, distribution, vehicle and transport disruptions could have dire consequences for those companies who are unprepared. Visionary and courageous leadership will ensure survival. What are the things great leaders do when faced with this level of disruption?

Think of the rhinos and how thinking has had to change. The danger of potential extinction has galvanized people into thinking of new, innovative, and radical ideas. Why wait till you are on the brink of disaster, re-think your business and come up with some exciting and innovative strategies and thoughts.